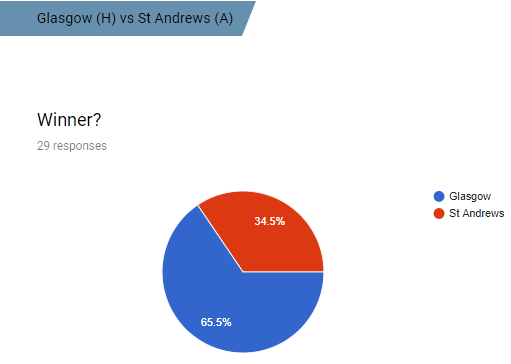 The second match in week 4 is regarded as a much cagier encounter with predictions being decidedly more circumspect. While the majority have opted for a Far Flung win most agree that whichever way it goes it won’t be by much.

Both teams are suffering a little this year from player turnover through graduation but Glasgow have arguably retained a few more “Big Names”. Play will be dictated by the ones you know but the real key is if they can manage the game to get the best out of the ones you don’t.

Saints to go marching in?

St Andrews had a second team in the league last year and that experience could be influential in a year where they are looking for people to step up. Will they manage to get the job done with a few rising/returning stars and a legion of competent?

Too close to call?