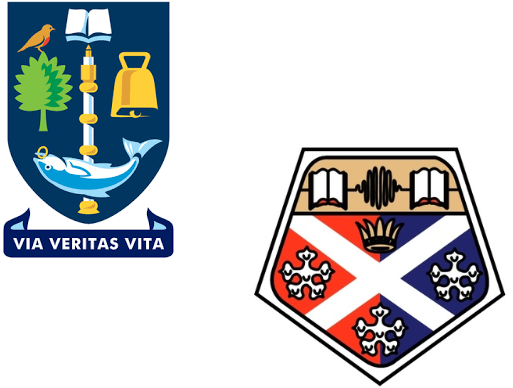 After their battle in the semi final of UXIN, the men’s squads of Farflung and Dark Horses could turn their attentions to Glasgow’s most hotly anticipated BUCS league game of the season. A tight start suggested we might be looking at another neck-and-neck fixture, but Strathclyde took the game away to beat Farflung 14-11 on Glasgow Uni’s own home ground.

Last year at Nationals Farflung took home a bronze medal while Strathclyde also finished strongly in fifth position. Despite beating eventual champions Sussex in pool play, Horses lost out to their local rivals in a contentious quarterfinal. With both squads largely unchanged since that match and aiming to compete for the top honours this year, this promised to be a high quality game and the first indication of who could go all the way. It was never going to be about the top 5 or 6 guys in each team – currently that contest always ends in a sudden death battle. Instead the decisive margins would be defined by the depth and balance of talent in each squad.

At first glance it seemed as though both teams had erred on the side of caution. Flung have recently been forced into playing a shortened roster in a bid to reduce offensive errors following a surprise, sudden death defeat to Heriot-Watt. This tactic worked well for them as their elite unit of established players bounced back to comprehensively beat Edinburgh. But taking on an athletic Strathclyde with an 11-man squad is an entirely different kind of test. Horses, on the other hand, arrived with a full complement of players, boldly willing to throw their untested rookies into the biggest game of the year so far, hoping that their unified squadron of fresh legs would outdo Flung’s refined quality on the day. Both teams took ample time to warm up in freezing temperatures as huddles of wool cladded supporters formed around the edges of the pitch. A travelling entourage accompanied Dark Horses and they immediately asserted themselves as the noisier of the teams.

Glasgow began the game on defence with a lane clogging poach set which immediately earned a turnover. They worked it well before dropping the disc in the endzone, a mistake that was soon punished by Strathclyde’s flowing offence. Flung retaliated, punching in an easy hold on the following point, before throwing their poach set again and getting a turn on the second pass. A huge lay out block in the endzone got Strath the disc back, but a suspect hammer was swatted down and Flung duly converted the break. 2-1 Glasgow.

Flung switched to a person defence to apply more physical pressure and Campbell stepped up with a run through block. Glasgow seemed to be asserting early dominance as a peachy huck sailed towards the endzone for seemingly another break. Warnock had other ideas though as the Strathclyde captain chased down the receiver and layed out past him for a huge goal saving block. Three misplaced hucks later and Flung turned over in the endzone yet again, before intercepting a pass and scoring on a hammer. At this point it is worth saying Flung could have been 5-0 up on Horses, but some athletic plays from Strath and dubious receiving meant the game remained close at 3-2. In a game bound to have ebbs and flows, Glasgow were likely to be punished later.

The boisterous Strathy sideline buoyed their team with energetic chants, inspiring their defense line towards a break of their own. Farflung fans were further silenced by more endzone errors resulting in another Strathclyde break, then Cornelius made the play of the game with a HUGE layout grab just outside the endzone to put his team 3-5 up.

What was I saying about ebbs and flows? Strath were now punching the points in, and, unlike Glasgow, punishing their opponents for their mistakes. Farflung called a timeout and seemed to come out stronger with a comfortable free flowing point. An instinctive layout block from Jeuken won them another possession, and they gained a break back to tie the game once more.

Hold, break, hold, hold. A string of easy points led up to half time, Strathclyde going in with a 6-8 lead. Horses started the second half with an immediate break off an unforced error. They were getting excited, a little noisier and starting to smell blood. By switching to a vertical stack they were able to disrupt Flungs’ poach defense, isolate cutters and press home their athletic advantage. Farflung’s heads slowly began to drop as the lead extended to 7-11 with Horses deep game in full force. In the past, Flung have thrived on pressure and played their best ultimate in these situations. In this game, it was not to be.

Strathclyde could not be subdued by the darkening sky or the drop in temperature and continued to apply pressure with another break, 7-12. Three holds later and Strath conceded their first break of the second half as Glasgow found success with a containing force middle strategy. However, the lack of enthusiasm from Glasgow’s sideline suggested the game was lost for them already.  A further break sparked more interest as the game was brought back to within two, but the Dark Horses quashed any thoughts of a comeback with a composed offense point to win the game 11-14.

There were many interesting things to take from the game for both teams. The sidelines were very quiet, Strath celebrated well but overall both teams lacked energy along the perimeters. In Ultimate, substitutes can make a huge difference by patrolling the sideline, relaying information and keeping energy levels high. Both teams need to take more advantage of this.

Glasgow and Strathclyde both have four or five key players and then a lot of athletic talent across the rest of their squads, but the Horses players know their roles and fill them better than Glasgow’s. Having said that, it could be linked to the fact that Strath play brilliant fundamental ultimate, their resets are nice and their vertical stack is disciplined, they just need to be a bit more clinical to improve as a squad. They also have brilliant bail out receivers who come down with every floaty disc.

On the other side, Farflung’s strength seems to lie in their deep game, easily converting points when they create space for themselves. However their tendency to clog lanes restricts their amount of deep options. Their defence is very strong, especially when the disc is static, as their zone and force middle looks created a lot of blocks. If the team can improve their fitness and throwing ability slightly, their ceiling will sky rocket.

Both teams look like they could contend late in the season if they can make it out of the strongest region in the UK. With only three automatic spots to Div 1, Farflung need to win the rest of their games to be assured a spot, while Strathclyde are sitting pretty at the moment and can afford to lose a game or two without missing out on qualification. Dark Horses are committed to developing players across the BUCS season and a large, experienced squad will serve them well when it comes to Nationals. Flung know that their small squad is not an option when it comes to weekend long tournaments and they will need to find ways to integrate their less experienced players if they aim to compete at Nationals. This was a big win for the Dark Horses squad and they should take a lot of confidence going into the second semester.