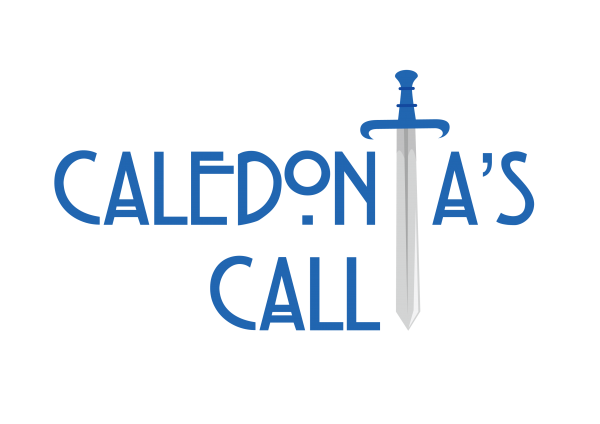 Outdoor ultimate returned to Scotland last weekend with the inaugural edition of Caledonia’s Call, a UK Ultimate tier 2 mixed ranking event. The tournament organisers take us through their motivations for running this event and their plans for the future.

It’s been a long time since the Scottish club scene made any sort of noise upon home soil. Few current players remember competing in regional outdoor events and it’s been almost 15 years since the UKU Tour ventured north of the border. When we announced the Call, our main objective was just to run a club level tournament in Scotland again. Sure, there are some events that open their doors to club teams throughout the year, but these are generally warm-up tournaments for university teams and don’t represent the full community.

Scotland has a thriving ultimate scene, as evidenced by the recent successes of our elite club and university teams. However, we play too much indoors and we don’t have enough recreational level ultimate for non-students and alumni. Most players start at university, spend all year training on a weekly basis, then play 1 or 2 outdoor tournaments across a season. After graduation, there are very few opportunities to continue playing unless you are committed to spending a lot of time and money on full weekend tournaments in England, Wales or further abroad. For those with working lives, families and accumulating responsibilities, it becomes increasingly difficult to devote that time and effort, and many players drift away from the game.

The restructuring of the UKU tournament calendar has shown a clear intent to help develop local ultimate by introducing multiple regional tier 2 events. For us, it was crucial that we try to hold one of these in Scotland as a stepping stone towards building a broader club scene and to make competitive ultimate more accessible. It’s great that we have the two best mixed teams in the UK right now (Black Eagles and Glasgow), as well as Scram and Alba preparing to take the world by storm, but we need to bolster all levels of club ultimate, especially if we want to create a sustainable and more diverse development pathway for these top squads. Hat leagues, taster sessions and local trainings definitely boost participation, but there is nothing more unifying for a team and rewarding for a player than competing together in an official tournament. We’ve already started to see teams like Iron Mandelas, Brave Hucks and Perth Ultimate crop up to fill a gap between university and elite club ultimate and we hope that having at least one annual Scottish tournament will provide more focus for these regional teams to form and for players of all levels to stay involved with the sport.

We want to continue running this tournament and making it bigger and better with each rendition, but our goal in year one was simply to make it happen. We found an adequate and available venue, put together a committee, spent a long time deliberating over a name and logo, and picked up some freebies from the Tunnock’s factory. We managed to attract 11 local teams – a decent turnout compared to past Scottish club tournaments – which meant we could run the tournament over 2 days and make it feel like a real event. We had hoped a few northern English teams would join (The Brown did sign up then dropped out late), but perhaps we are more accustomed to having to travel after years of marauding South.

I don’t think many people would have predicted a UKU event coming to East Kilbride any time soon, however, we’ve struggled to find decent tournament venues in the Glasgow area and decided to look further afield. After trawling through Google maps and council websites we found the Brancumhall pitches and their team was extremely accommodating when sorting out the booking, organising ground staff and catering, and making sure we had all the indoor space we needed. There was a minor hiccup with the groundsmen, who marked out pitches with severe contours and metal covered drains in the endzones (“you’re only playing Frisbee”), but nothing that couldn’t be fixed with a bag of soil and some spray paint!

We didn’t quite get the weather we’d have liked on the day (although it was typically Scottish), but everything ran to plan and I think everyone had fun, even if the highlight for some was just playing Spikeball and Kubb. There was a good mix of players, from fresh-faced university noobs to seasoned club veterans, and a good balance of competition, with many of the top Scottish players scattered across multiple teams. It was great to see so many familiar players finally get the chance to play against each other for real, it’s a big deal for the young up-and-comers to face the established stars and just as important for the top players to see who’s chasing their heels. The overall standard was decent and we had quite a few dramatic comebacks, upsets, universe point games and a high quality final to cap it all off. It really drilled home how important it is to have more of these opportunities and, perhaps best of all, everyone made it home in time for dinner.

We are going to do our best to bring the tournament back next year. We hope with more preparation time we can attract a few more teams and build the profile of the tournament. Now that we’ve successfully run the first edition we can dream big and hopefully make it a highlight of everyone’s ultimate calendar. We’ll be looking for an even better venue and we’d love to offer camping if we can. We’d also like to have more than 15 people show up to the party. I guess the downside of a home tourney is that everyone can go home to their own beds, but it would be nice to bring the party atmosphere back to outdoor events. We’re also going to order waterproof stickers.