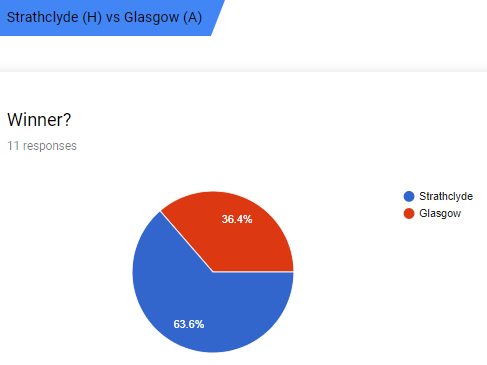 The horses hunt for silverware has been impressive so far this season. Will they keep it up and see out the league, or are they happy enough to know that they’ll be on their way to Div one and that the result here doesn’t matter? Stupid question, of course they want to beat Flung

They’ve been quietly putting together a winning team after many thought that they would be stretched too thin this year. Make no mistake, Horses will be a tougher test for their depth than anyone they’ve come up against so far.

Take away message:
A Glasgow team will win, that one will see it as a significant sign of their dominance, the other one will not.