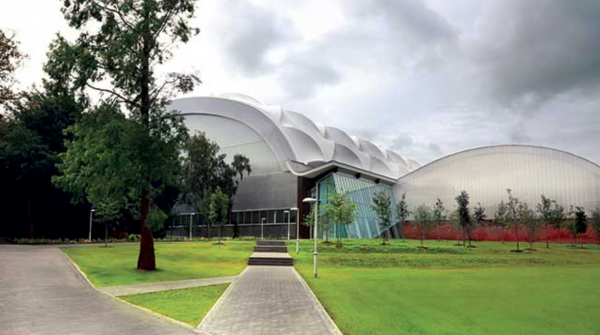 Ahhhh, haven’t we all missed this – time for some absolutely baseless preview on an indoor tournament! Not since the infamous NoGame has anyone provided any top previews, and please don’t mistake us here, we are not trying to top that unbeatable effort. We are merely here to provide some entertainment ahead of a fun, competitive affair being held in the brilliant Oriam.

With a last minute change in name, we can make a fairly good prediction for this team. With ALBA we were taking a bit of a stab in the dark, but now we know that this team should do very well. Some of their stalwarts won’t be able to make the trip, however the vast majority of this team will have won the last two editions of this tournament. This team should be a pleasure to watch and they will hammer most of their pool. Expect to see them make a competitive return to this tournament, they’ll be in the semis at least.

This is probably most of the uni team, or those who can be free a week ahead of their university National’s competition. If this is their team from regionals they would finish in the top 4, however they have historically lost a few players to Rampant. Rumour has it that defender Joel Terry is going down to GB U24 training. So, who knows where they will finish. With their full squad they would be a good bet for a top 4 finish, but if they lose any/all of their top 3 players as predicted, this team will suddenly start losing places fairly rapidly with some teams below them who have a point to prove. Let’s hope for the best and will them to semis place, with a quarter finals failure being more likely.

Same first sentence as last time. Normally more adept at keeping their team together, especially with an obvious lack of Trojan Unicorns at the tournament. If their full team comes and as suspected, Farflung’s doesn’t, these boys will nick that semi-final spot right off of their cross-city rivals. It needs to be seen whether they can hold off the club teams in their pool, but this team is experienced beyond the years of most university teams and could well rise to the challenge and top their pool.

A third uni team seeded in the top 4! Who would have thought it. Long gone are the days of BDB, Rampant and the Lizards of Frizzlebee Forest… wait wait, Edinburgh are seeded above Rampant and Lizards? Either we are in for one tasty Edinburgh team, or the seedings or confused [the seedings are probably confused]. This Edinburgh team had a mixed university regionals, destroying the weaker teams and then getting heavily beaten by Glasgow. They are clearly the third best indoor team at the university level in Scotland, but I would be very surprised if they made a run to the semis at this tournamnt. I am banishing them to the quarter finals and that is that.

Ah here we are. A classic indoors team. They appear at indoor regionals as a good team of friends and teach university kids a lesson. With their throwing ability, they will lock in a top 6 finish, probably make it to the semi-finals ahead of some university pretenders after finishing 3rd in their pool, but this is of course baseless because we don’t know who will return to this team. Watch for them to play some spotty and have a laugh through most of the pool before continuing to play more spotty and maybe try a bit harder later on in the day.

If I remember correctly, they mostly make it to the final, they wear those horrific tank tops and they like hacky sack. They also poach some Glasgow uni players. Realistically they should make the top 4, but again it depends on their returners. Let’s be bold though, they’ll top the pool and then win a tough semi before being on the losing side in the final, taking it to within two points.

I like how they haven’t opted for any of this “men’s” or university, or number at the front. We just know who they are. Flatball, having completed a less than stellar regionals back in November, will be hungry to show their improvements. They lost to Aberdeen by 1, who themselves got destroyed by Strathclyde, this side will be hoping to show that they will match up to the task of Div 1 Nationals just a week later. They go in as the 5th Scottish seed, but this weekend will tell us more about how they should do. With no Aberdeen in their way, maybe they will be hoping to be able to go a step farther than at regionals. I think they will fall at the quarter finals again.

They have a number 1 even though there is no number 2. Is it just to emphasise their quality? We know it’s not a UKU formatting thing as St Andrews got away with it. Maybe it is for the one point they scored on Edinburgh in their regional quarter final. We will ask them on the day. However, they come in seeded 8th, looking for a quarter finals appearance, but they will have to fight to keep seed. In a competitive pool with two experienced teams below them, Dundee will get plenty of indoors practice ahead of their trip south. They go into Div 2 Nationals as the top Scottish seed and will expect to do well. What is better than warming up with a tough tournament here.

They make the trip up year in year out which is great to see. The pull of the tournament is strong, and the Geordies have always done well for themselves across the border, with Brown 2 finishing 3rd last year – what is this seeding again? This is the most likely team from the bottom 6 seeds to crossover into the quarters. That could be because they are the 9th seed and they play the 8th seed in their pool, or maybe it’s ‘cos our prediction is stellar. With plenty of familiar faces and experienced players, they will push Dundee both athletically and mentally. They may edge it out on game smarts and win the quarter final berth.

I’m not going to lie to you here. I have a tough time remembering who plays for Sneeekys, who plays for EDI and which mish mash of people then end up playing for the elite outfits of Alba and Black Eagles. It is awesome to see so many teams coming out of Edinburgh, along with the likes of Lizards and the uni teams. I am sure this team will put up a fight and try force their way into the quarter finals, however they need to beat St Andrews who will be well drilled under the rule of Benji, so I think an upset is unlikely. Experienced, yes. Is it enough? Maybe not quite, but they should fare well in pool C and could aim to win the plate.

An elusive name. The semi recent Dundee graduates are all committed to the university and great players. There are also the most recent and slightly older who just missed out on being part of Dundee’s golden generation. This team could be anything from brilliant to ok. Let’s assume their two stars aren’t travelling from Canada to play indoors, so being seeded 11th is fair enough and they will probably finish around there. If it is a very recent batch of graduates, they will push some of the teams above them with their athleticism and may steal a few seeds.

Something Something Dead Panda

This team is likely another Edinburgh outfit, full of friends who want to play a fun tournament in their home city. But that’s boring so I made up my own version: Their backstory comes from the streets of Malaga where they all lived a tough life. They met at the age of 9, when two schools made a trip to the local zoo and their first memories of each other was staring in bewilderment at the pandas. Having never seen those magnificent beasts before, they stared, wide-eyed at the creatures. They later formed a team based on the comedy skit “something something dark side” (https://www.youtube.com/watch?v=0oGMbAIcXCQ) and planned to compete at Spanish Beach Nationals in 2017. This year they travel to Scotland to play as a friend team and have combined their two names together. They come wearing panda skulls on their kits. They are only seeded 12th as UKU didn’t know who they were. They will establish themselves as a top 4 team early in the tournament before losing to a university team in the quarter final after turning up late to their game.

Had a pretty strong regional performance, only losing by 2 to eventual Div 2 qualifiers Strathclyde 2. They took 11th seed and will hope to emulate that performance here. Presumably playing for experience in a tournament in their home city, they will have a great time and develop along the way.

I am baffled why they are seeded below Ro Sham 2. Maybe they’re not bringing a full team. Having qualified for Div 2 for a second consecutive year, Strathclyde keep developing very deep rosters and this team will try to build on that success. Unfortunately, I think most club teams will be able to out-frisbee the second teams, although I do hope that pure belief and will bags this team some wins, and the same for Edinburgh 2.