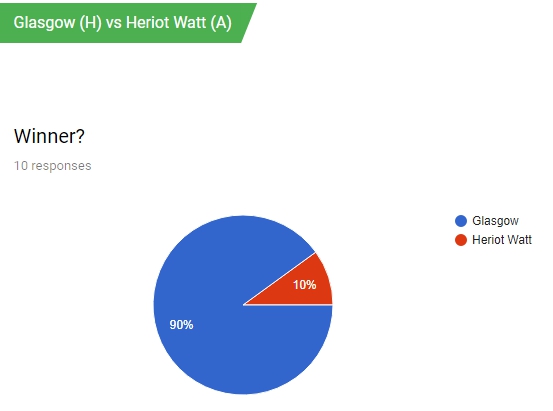 One voice is willing to go against popular opinion. Do they truly believe in the ability of Heriot Watt or do they subscribe to the belief that history is doomed to repeat itself? This fixture has thrown up some tight matches over the last few years and Heriot have been credited with some wins that might have seemed against the run of play but they need to be commended for staying in the game and taking their chances when it counts. Glasgow will know that they can’t get comfortable against this team.

Nobody seems to be giving them much of a chance off their own merits but they’ll know that it’s the result that counts and why shouldn’t they believe they can do it again?

A home game they feel they should win to start off a busy period of matches, just what you want right?