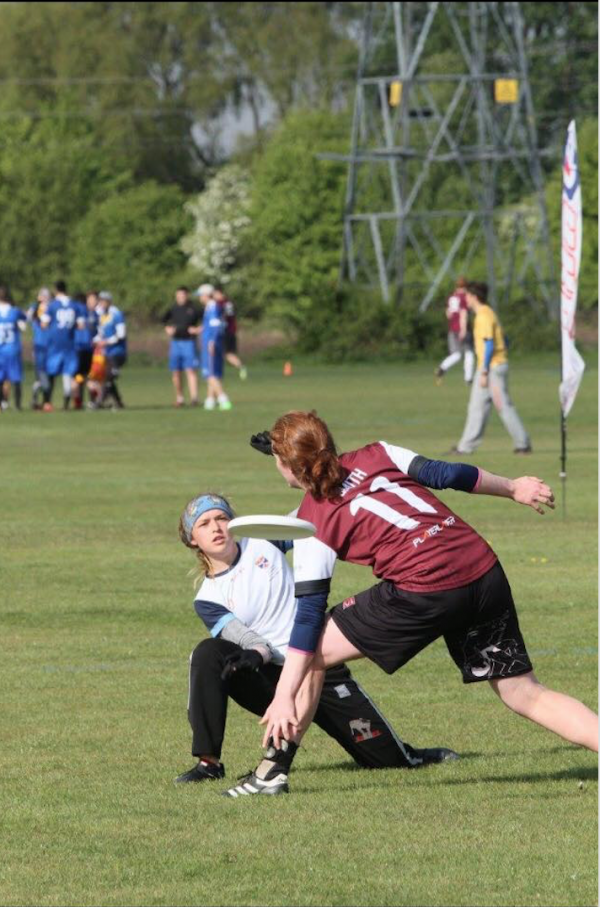 For the women’s division, it’s time for you to draw your own conclusions. We spoke to each of the women’s teams representing our region this weekend to find out how their seasons have gone so far, and how they reckon they’ll fare against the competition. Here’s what they had to say.

Give us a quick rundown of how your season has gone so far. Were you happy with your performance at regionals?

Aberdeen: Aberdeen women had a strong performance at both indoor and outdoor regionals – finishing second to Strathclyde at both. We were missing some key players at women’s indoor nationals so didn’t really follow up our regionals performance, but we are hoping to prove at outdoors that we are a team to be reckoned with both in Scotland and in the UK.

Glasgow: With many of our key players leaving last year we did not expect much from this outdoor season. However, we have been very lucky with an incredibly enthusiastic and athletic group of “Frisbee Freshers”. Despite just losing out on a Div 1 spot, we were super happy with our performance at Regionals. We played really hard despite some abhorrent weather and despite not getting much outdoor training time we grasped some pretty key concepts and learned so much throughout our weekend that our last game almost felt like a completely new team. We are super excited to compete in Division 2.

Strathclyde: Yes, we were happy with our performance at Regionals. It was a very windy time up in St Andrew’s, but we kept our spirits up and pushed on through!

Edinburgh: Yes, happy with our performance at Regionals. We came a very deserving 3rd losing to a very well drilled Aberdeen and Strathclyde. The wind proved to be slightly problematic, but we collected ourselves and had great wins over Saints and Dundee.

St Andrews: This years focus was to rebuild the women’s team, since we graduated many key players last year. Regionals was a success. We aimed to qualify for Div 1 and did so.

Any key players who have stood out throughout the season and will be important to your team this weekend?

Aberdeen: This is Ellie Taylor and co-captain Allie Marple’s last ever uni tournament. Hoping to make it a good one.

Glasgow: To be honest this year we don’t have many key players. Everyone has put in equal work and I like to think that we are a pretty good example of a team with more depth and not just relying on a few key players. We have a good mix of new women and more experienced women who are just excited to pass on their wisdom. I think it comes as an advantage to us, especially when coming up against teams that depend on a couple of star players.

Strathclyde: For the past two years in particular, we have had a solid influx of keen-bean freshers, and this has really helped deepen our squad. In our First team, Hayley Dalmon and Zsófi Marozsák are both studying for their masters, so their knowledge and expertise has helped the team develop and learn together. Eleanor Smith has also been part of the bedrock of this team, attending almost all the trainings, along with Erina Brown (GBU24) and pals. They are led by Captain Karina Aitken; whose fun and bubbly personality keeps everyone motivated and driven.
In our Second team, we have our trio of best pals/flatmates who possess unstoppable determination and the best snack bag ever to be found on the sideline. Fast and fiery, Aina Shahira is one to watch, if you can keep up with her on the field. Captaining, we have Becky Taylor and Dom Santini, combining years of experience and a background in Netball respectively, they are a super super-duo.

Edinburgh: Captains Hannah Shrempf and Nelly Henzler bring the hype and zen together to form a perfect yin/yang balance. We have a few experienced heads in the form of Kathleen Beekmann and Kirsten Black who bring some chilled heads when needed. Upcoming ones to watch include Nicole Reid and Mairi Keith!

What has your team been working on ahead of Nationals?

Aberdeen: We have really been focusing on consistency and taking smart and safe options which will hopefully stand us in good stead at the wind farm in Nottingham!

Glasgow: We have really been working on our field presence and confidence. Like I said before it is a very new team but throughout this year it has also become a really good group of girlfriends and we have been working on channeling our confidence in each other into confidence within ourselves. I know that individually all my girls have the skills needed but we are working on just being bigger threats on the pitch with our confidence and making sure we attack every game with the same vigour as our last game at Regionals against St. Andrews 1.

Strathclyde: We’ve worked closely with our Coach Nicky Shaw, to continue last year’s goals and develop further as a close-knit squad. With tailored sessions and broad season plans, we’ve both worked the first and second team separately (to build connections), and together (to share knowledge).

Edinburgh: We’ve been building strong connections this season and making sure to make space for our North American pickups!

St Andrews: Chemistry and getting used to playing in the wind.

What do you think will give you the edge over the competition at the weekend?

Aberdeen: Speed and team cohesion (our co-captains have now been playing uni together for five years straight).

Glasgow: The fact that we have a big squad is definitely an advantage. We are coming in with two full lines and we have really been stressing the importance of our sideline presence, so I think that will definitely give us an edge over teams that have a smaller squad or only a few players that they really lean on.

Strathclyde: Our determination and grit – means we can get ourselves out of sticky situations. Hailing from Scotland, we have a good amount of heartiness in us.

Edinburgh: We have great team spirit! Each woman on and off the field is playing the best she can for her team!

St Andrews: Depth — no real superstars, but everyone on the same page.

How do you think you’ll perform at UWON? And predict your finishing place!

Aberdeen: Hoping for a top 8 finish. But as long as everyone plays well and feels they have put everything into it, I will be more than happy.

Glasgow: I expect us to do quite well based on our performance at Regionals. We had two deciding games at regionals. One that wasn’t totally reflective of our skill because of the lovely St. Andrews weather, and the other one was incredibly close and intense. Being in Division 2 this year we hope to come out in the top 3. Our only reservation is the fact that we have been on break for 3 weeks, so our full squad training has been a bit limited. We shall see! The aim is to develop and have loads of fun. We are just happy to be hanging out together and playing some quality Frisbee before our exams start!

Strathclyde: Offt tough question. Our first team are undoubtably aiming high, but we are too modest to put a figure on that. Our seconds are super happy to have qualified and able to field a team at Outdoor Women’s Nationals (for the first time ever – I believe!). Our First team are excited to be seeded 1st, that’s a big change since 2015 when our team was seeded 31st! (I think – didn’t fact check!)

Edinburgh: I think we have a very strong chance of finishing top 8 but would love to finish top 5!

It appears that most teams are quietly confident about how they’ll perform over the weekend. Although regional favourites Strathclyde won’t put a figure on it, it’s hard to see them falling at the final hurdle now after the knockout season they’ve had so far. As long as they don’t let the weight of expectation sit too heavily on their shoulders, there should be another medal to add to their 2018/19 collection. Former champs Edinburgh also seem confident, despite not quite enjoying the results of previous years so far this season. They’ll need to work harder than usual to keep hold of one of the National top spots, and with Aberdeen also tripping them up during regional events, it’ll be exciting to see where our Scottish ladies place at the end of the weekend.