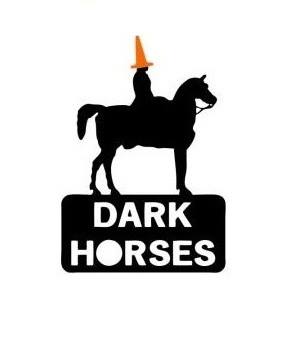 Strathclyde have had to carry a weight of expectation this year. Having won the 3v4 13-3 at UMON a year ago and then sending a host of players to WUCC in Cincinnati, they started this year as one of the strongest and most experienced teams in recent university history. The campaign started smoothly, blowing out a Heriot-Watt side at home. However, all of a sudden, on their first trip away from home they slipped up and doubt was cast upon the team after their universe point loss to St Andrews. Normally a universe point loss, especially against a team who have been top three year in year out, wouldn’t be a cause for panic. However, St Andrews were thought to have got weaker (which has turned out to be true), and this Strathclyde team were meant to be outright favourites. After that, Strathclyde made sure to get to their final game in good form, demolishing Dundee and Edinburgh, never giving either of those two teams a sniff. That set up a straight shootout for the league title with city rivals Glasgow. It could’ve been exciting, and Glasgow had looked strong so far, but Strathclyde made no mistakes and have now topped the league. They travel to UMON with the UMIN title and the Scottish league title in hand and sit in second seed. Sounds good, but we know they have a weakness. They have lost to St Andrews and struggled to shut down a one-man show, and their men looked a bit nervy going upwind in their UXON universe point loss to Newcastle. If teams can stay in the game, Strathclyde may give them a chance. Or maybe not – every game they played on their Sunday at UMIN went to universe and they won them all. So, take from that what you will.

Strathclyde have the deepest team in the university division. They boast a roster full of WUCC players as well as a few who trained with attending teams who couldn’t travel themselves. I’ll list a few and then unfairly stop and not mention some of the guys on their roster who would probably be in the top 3-4 on other Div 1 qualifiers – Mackie, Warnock, Ian Tait, Gio Cabrera, Ben Cornelius. Even their youngsters who looked too fresh to be considered for UMON have started looking threatening. The best example is Laurens Kok who was taken to UMIN as a spare set of legs. He was loaned to Strathclyde 2 for UXON and to gain some extra game time, he was spotted launching deep shots in the wind and providing a calmness to lead the development team to relative success. Teams can hope that this is just a team with top end quality and hope their depth isn’t great. Then you remember that William Watt is the “middle order” of this team. An athletic bid happy defender who bailed out one of their experienced lot with a huge sky on universe in the UMIN final. Safe to say they have the personnel.

Strategy wise, this team loves the breakside. The stack will provide plenty of lateral cuts to throw to and they time cuts well off round-the-back handler movements to make good and “free” yard gains. As a back-up, they have a few aerial threats who make a high stall deep shot almost as safe as some teams’ resets. They will start out of both horizontal and vertical stacks but their style in both is semi similar. Defensively they like to run saggy person sets and they will throw zones very readily, especially if there is even a sniff of wind.

Their BUCS league season went to plan. They have topped the region and even though there will have been creases to iron out, they have had time to do that. There cannot be much to complain about after one loss that can now be written off as a blip.

At UMON they will surely medal. There have been four teams touted as a clear top four (Bath, Birmingham, Strathclyde, UCL) and even though that is pretty harsh on teams such as Glasgow, the schedule definitely allows for that top four to emerge. Strathclyde will be aiming to win it and they should definitely medal, but they have lost in important bracket play games in the last year (UMON 2018, UXON 2019) so it is not a guarantee. In our eyes however, they are the team to beat. This team will have learnt from previous losses, anything can happen in semis, but Strathclyde have got all the tools to win.