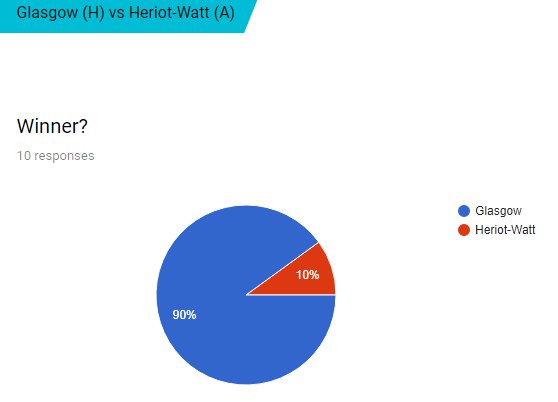 People don’t seem interested in buying into the drama we tried to create here, or maybe Heriot-Watt just don’t quite fit as the plucky underdog, either way the expectation seems to be that Flung will deal with their business.

They’ve got form when it comes to upsets over Glasgow and they’ve been decent in the league up until now. The win against Saints should give them some confidence and they’ve got nothing to lose.