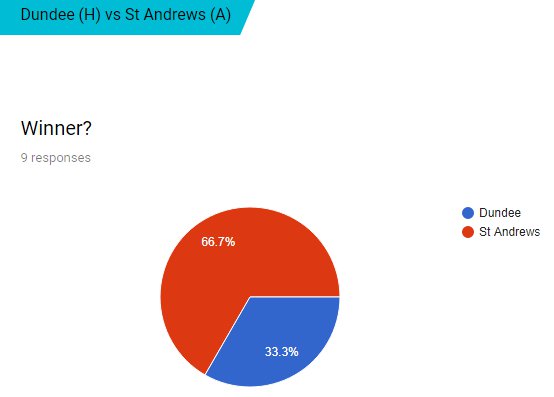 So it’s not been a great BUCS league season for Dundee but they’ve taken it well and even shown some fight at times. There is support for a Dundee victory but it seems more like wishful thinking than something people rationally believe can happen. Could a general lack of common sense work in their favour this time?

It all started so promisingly for Saints with a win over the favourites and eventual winners. It must have seemed like a great foundation to build on but you can’t help but think that they now feel like they’ve had the rug pulled from beneath them. No doubt there are reasons for it but the reality is they now need to win to preserve their div 1 status so only the result will matter.