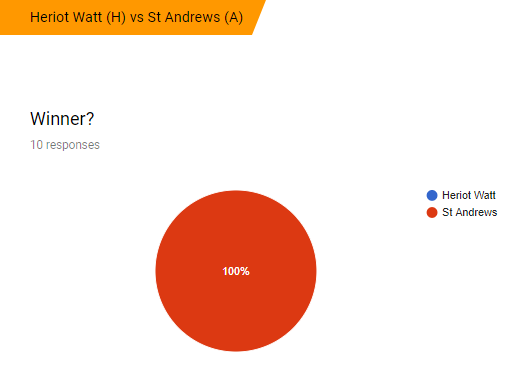 Will they remember their plays/each other’s names? Will playing the waiting, then waiting some more, and some more, game all prove to be part of their strategy?

Surely it’s theirs to lose? But that was exactly the position they found themselves in against Edinburgh at Indoor Nationals recently and HW have been known to cause an upset or two in the past.

Take away message:
Everyone is backing Saints but not many are confident it’ll be a decisive victory.