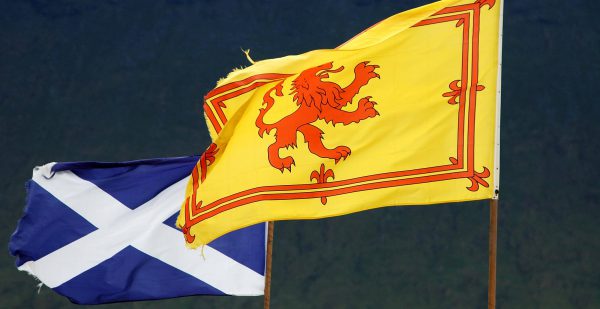 Another weekend, another indoor tournament. This year the women’s division brings with it the excitement of having a second division of Nationals. The boys have had it for a long time now and won lots of bids along the way, securing 5 div 1 spots and 3 div 2 spots, but the Scottish ladies are in luck. They sent an expert negotiating team to the UKU bid auction and came away with 11 places for Nationals. They then only entered 13 teams to regionals. A spot for you! A spot for you as well! A spot for everyone (except the two in the wooden spoon final)!

Jokes aside, it will be brilliant for women’s development to have more players participating in more tournaments, but the fact is, we have a ridiculous number of bids. Anyway, let’s have a look at some predictions:

Strathclyde couldn’t activate Katie Flight’s contract extension in time and lost her to a big pay day somewhere down south. She said something along the lines of “The league is weaker, but late into my uni career, I’ve got to think about the money”. However, a strong returning class will arrive at regionals with Hayley Dalmon the biggest name, but with a host of experience around her. They are probably the deepest team in Scotland. I think everyone expects a performance out of these girls, but they could be run tight by Aberdeen looking back at UXIR.

Aberdeen don’t quite have the depth of Strathclyde, Ellie and Allie will have to put in some serious minutes and do a lot for this team but could well carry them to the final. Without Melina though, they won’t have enough to topple Dark Horses. Depth is becoming increasingly important in the women’s division and though AUU have a brilliant top end, they will struggle with the drop off after those few key players.

Edinburgh lost a bunch of Black Eagles ladies in the summer and it is likely going to cost them the title. They will still have a decent team with GUX recruit Kirsten Black in the ranks but looking at their early season results they are unlikely to make the final. They will have enough to make semis, but they seem to lack that player who will take the game by the scruff of the neck when the going gets tough. If someone can step up to the plate and bring the team through the dark moments, they will be able to challenge the other top teams and compete at Nationals.

St Andrew’s women’s team is a bit of a mystery to me this year, they have stayed safe from spies in the bubble. They have lost Gabi Starek but Ella looks to be a player ready to push a team to Nationals. 4th is a safe bet for the Saints women. At UWIR we haven’t seen teams develop the depth that a second team can threaten any first teams yet and these ladies have a dual threat with a tall iso and a nippy handler.

Glasgow have lost a group of players and seem to have gone into a developmental phase as a women’s team, taking a heavy 15-1 loss to Strathclyde at One Day. They will be out at regionals to get some experience but with a ridiculous number of spots for Nationals, may find themselves going to Div 1. A young team that can achieve something in a year’s time if they work hard, but they will be considerably weaker than previous editions. Having said that, they have allegedly had some late additions to the roster so let’s see how they do.

Dundee still have Beth, she has been on the circuit as one of their big name girls for a long time. It is easy to forget that she became captain in her second year. She will lead this team out with the aim of securing a Div 1 berth and should achieve that with little problems. They are unlikely to challenge the top 4 but will aim to take some scalps and gain a few seeds.

Stirling round off the first team’s and they seem to be in the best position they have ever been in as a women’s programme. With an outdoor Nationals appearance last year, the team has gained a bit of momentum and are going to try to pip one of the other teams to Div 1 at indoors. Ellie Robbie leads the team out and with some keen helpers in Rae Learie and the returning Mona Maier, they will be looking to continue their upward trend and arrive at Nationals in good shape. If you want a player to look out for, Stirling’s Marta Casero is the one, I’ve been told watching her will objectively make you better at ultimate.

Why don’t Heriot-Watt have a team I hear you ask. Well recruitment is important kids. Do it.

Will the Edinburgh Exodus actually leave the team much weaker, or have they developed enough young talent to get back into the final?

With depth being more and more important, watch for Strathclyde’s middle and lower orders help to get W’s by dominating the other team’s weaker players.

The predictions weren’t bad for last weekend, but these ones should be more accurate. Unless AUU and Horses meet in the semis, we should be bang on.