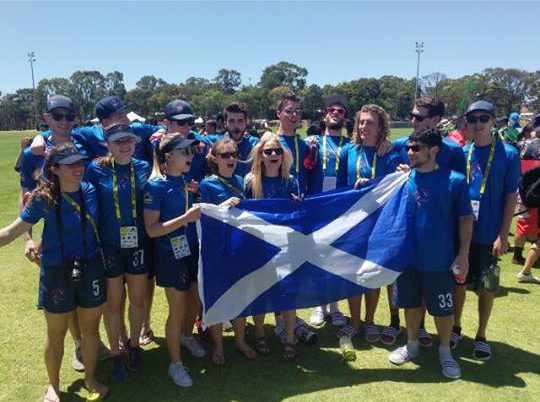 Another club Worlds cycle has come and gone and in it’s aftermath teams are left to evaluate their future. Some may fold, some will re-invest by focusing on development, and others, like Clapham and Chevron, will persist through reputation, attracting the top talent from around the country. 2019 will also signal the start of another GB cycle and it’s a particularly busy one with international u24 and beach tournaments also on the calendar. Increased participation at both masters and juniors level means the number of club players devoting time to GB is now growing exponentially. Previously, these years have heralded opportunities for lower ranked club teams to shoot up the Tour rankings and take advantage of the weakened squads at the upper echelons, decimated by international call ups. In 2015 Manchester were the eventual Open Tour winners while Glasgow had the most impressive result reaching the final of an internationally flavoured London’s Calling. In the mixed division, Black Eagles soared to the top, bringing in their era of dominance. It was during this period that Reading also completed their rise to fame and Smog announced themselves as a hotbed of talent in the North East. The results attained in these “fallow” years created undeniable momentum and have helped to propel teams to World and European championship appearances.

In 2016 Glasgow firmly established themselves as the 3rd best open team in the UK, sitting below Clapham and Chevron but clearly distinguishing themselves from the rest of the pack. A new challenger had emerged, ready to take down the establishment or at least come closer than anyone else had in recent times. With clubs like Fire of London on the decline it was a welcome test for the big two and both teams acknowledged their delight to see a Scottish team back at the top and pushing them all the way. By the end of the season Glasgow were a top ten team at Euros, one place below Chevy, seemingly on the cusp of great things. So what went wrong? What happened to all the talent? Why is it that you overhear people in the coffee queue at Open Tour saying “Glasgow are shit now”.

Well, World’s happened. The alluring temptation of World’s qualification severed the squad as Scotland re-focused its efforts on the mixed division to attempt to secure the best path to the most prestigious club competition on the planet. Some of the team retired or moved away but the majority either tried out for mixed front runners Black Eagles or remained in Glasgow to develop a new co-ed team. It was a gamble that seems to have paid off for both clubs. Eagles finished an impressive 11th in the world while Glasgow benefitted from simply being there, teething a new generation of players with a World Championship season. In total, somewhere between 60-70 players represented both clubs throughout a year of incredibly high competition.

The big loser was the open division and although Glasgow were able to maintain A-Tour status there was no cohesive effort to build a team or send a consistent line up. At the opposite end of the M8, Edinburgh open team EDI formed to try to fill the gap but struggled to compete with players commitments to the mixed division. There was some solace for the players that hadn’t devoted themselves to mixed, or made the cut for a worlds squad, to join Alba (a Scottish wide open team) for UK regionals / Nationals. It was essentially an end of season pickup team of inexperienced players, with no real opportunity to train or play together prior to the tournament, an approach reflected in their results. However, the initial concept of Alba was to form a Scottish super team, akin to Fusion 2.0, but without disrupting local player development. A team of pooled talent that would focus on elite tournaments and provide an opportunity for the best open players to push themselves to the next level. As alluded to at the beginning of this article, this is the season of change, a time to rebuild, a time to strengthen and a time to forge alliances. There are whisperings of unification, of the two great clans of Edinburgh and Glasgow coming together once more, of an army of Scots preparing to march south of the wall. Where has all the talent gone you ask? It’s been hiding in the mixed division, growing in strength, training a new generation to fight alongside, and now Alba are ready for war.

The timing is slightly risky for the Scottish scene, it remains to be seen if the player mass exists for local clubs to continue to thrive, but for Alba the time is now. The established talent (Cameron Agnew, Danny Strasser, Matt Tomlinson, Calum Easton, etc) are all approaching their late 20s prime and ready to lead from the front, veterans such as the Webbs still have plenty to offer before retirement and there’s a batch of exuberant youths ready to step up and prove themselves on the big stage (see Cameron Mackie and Chris Habgood for details). The mercurial talents of Alistair Robb and Andrew Dick may be missing from the impressive Glasgow roster of 3 seasons previous but a tide of fresh talent has swept into their wake and don’t rule out a few cameo appearances or a glorious return somewhere down the line. The list of potential recruits is substantial, exceptional and particularly daunting for the rest of UK Ultimate. We’ve already seen the impact Reading have made, finishing 3rd at UK Nationals after switching their focus back to open. They were unable to trouble the top two on that occasion but will only grow in strength. The prospect of taking the top guys from Black Eagles, Glasgow and the rest of Scotland is a more serious, potent threat. I’d expect Alba to slip straight into the 3rd place slot that Glasgow vacated with teams like Reading and potentially Smog close on their heels. It will take more than a season to close the gap to the big two but a couple of surprise results are not out of the question. It would be fantastic to see a legitimate top 4 or 5 again with real competition at the semi final stages of competitions.

The rest of the UK has long been aware of the talent that lies north of the border but aside from successes in a highly volatile mixed division the Scots have not made a lasting impact on the club scene. Fusion were a perennial top four side pre 2010, but since then there has been little to shout about in the Open division despite decent attempts by Glasgow, NEO and EDI/Sneeekys. Scottish dominance has been more apparent at the university level with a recent monopoly on the mixed division, champions in the women’s division and a truckload of indoor medals. In men’s, the 3 Scottish teams that qualify for division 1 Nationals regularly finish in the top 8 and the 4th place team is usually a favourite to at least make the division 2 final. However, despite the obvious strength in depth in the region, Scotland have failed to produce a men’s outdoor winner for quite some time. St Andrews, Dundee, Glasgow and Strathclyde have all come close and medalled in recent seasons. Along with Edinburgh, who are back on the rise, these teams form a very competitive Scottish BUCS 1st division that continues to produce exceptional talent. I wouldn’t be surprised to see one of these teams go all the way next year.

The power of the Scottish university scene was evident at the recent u24 championship with several of the standout GB players hailing from north of the border (Andrew Boxall, Katie Flight, Duncan Webster, Ellie Taylor, Hayley Dalmon, Axel Ahmala, Fraser MacDonald, Ali McNeil as well as the St Andrews contingent of which there are too many to name). This trend is unlikely to change and the new intake for the upcoming season has just as much potential.  Ian Tait, Andrew Warnock, Ben Cornelius and Zsofi Marozsak all made the trip to Cincinnati this year with Glasgow and train together at Strathclyde, Katie Flight is still eligible for one more cycle and Joel Terry is ready to set the world on fire with his explosive playing style. That’s just a handful of players I know from Glasgow, I can’t mention everyone and don’t have birth dates to hand but suffice to say, the list is long.

The Scottish women’s game is also experiencing a reshuffle with the recent emergence of SCRAM, an elite Scottish womens team in a similar vein to Alba. Their long term plans are yet to be announced but they are fronted by an impressive list of players (Lulu Boyd, Shona Whitely, Rhona Gordon, Harriet Hopper, Ellie Taylor and Lou Pollard). They will certainly be making an impact on the top 8 of the UKU Women’s division next season and have aspirations of qualifying for Euros in 2019. There is a pool of exceptional talent in the Scottish women’s game, we have double university champs in Edinburgh and good representation in GBu24 teams, but strength at club level traditionally lies within the mixed division. It will be interesting to see how the formation of SCRAM affects the strength of the mixed teams and whether other women’s club teams will survive in their shadow. The women’s game is still a few years behind the men in terms of development and participation in Scotland; although teams have worked hard to bridge the gap it has been difficult to raise a critical mass of club players to form long lasting local scenes. Glasgow have tried, and will likely try again, Sneeekys have succeeded in bringing together female Ultimate players in Edinburgh but don’t offer the same pathway to the top of the game and the future of Swift now seems uncertain. For years Swift have offered the best opportunities to play top 8 UK Ultimate but have lost competitive focus without the aim of Nationals and having to fight against the demands of the mixed division. Their goals have fluctuated between a focus on developing local Ultimate and being a national super team. The current number of female athletes with the time to play at club level means that pushing too hard in either of these directions has been detrimental to the other. Perhaps the well-defined elite focus of SCRAM will allow local clubs to fill the void between university and top level club to boost participation and aid development, particularly if the elite players can also contribute back to their local communities. I’m confident this model can work well in the men’s division but it’s a numbers game for the women and I hope there are enough to keep the entire scene moving forward.

The girls have been the driving force behind the mixed teams in recent years and while there are enough boys around to ensure Black Eagles and Glasgow remain competitive, continued short term success  would probably depend on women willing to play in both divisions. Both Alba and SCRAM have clear intentions to target Nationals and Euros but the Mixed Tour season (or whatever the new staple of UK competitive Ultimate turns out to be) could still be a prosperous hunting ground for the WUCC teams and I’d expect both to still be fighting it out in the quarters and semis at least. Alba and SCRAM will be dominant forces by the time Nationals rolls around next year and will undoubtedly be challenging for Euros qualification. It would be great to see a second wave of players rise up to challenge in the post-season mixed division and it may not be long before Scotland has EUCF teams in all three.

There’s a storm brewing, gathering force, the Scots are coming, prepare for a long winter ahead.