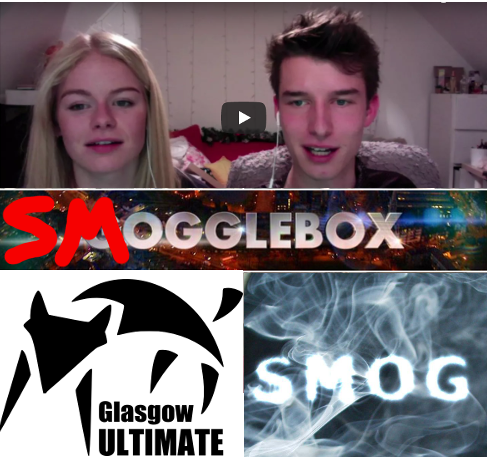 It was the Sunday morning of Nationals 2017 and GUX awoke to face SMOG in their semi-final. With just two confirmed qualification spots for Euros and Worlds, this match was all-or-nothing for them. It was the game they had been training for all season, and they had to make it to the final.

A game more intense than any they’d played before, I doubt whether any player on that field is able to forget the rollercoaster of emotions they experienced throughout that long hour and a half. Glasgow immediately went down a few breaks, brought it back level, and sneaked into the lead before SMOG managed to break even again. With not much time left to play, Glasgow went a break up, and then another. 12-10 up at the sound of the soft cap, Glasgow were just one point away from achieving their dreams. SMOG break twice. Its universe point…and SMOG take the game with a huge grab winning them a spot in the final, EUCF and WUCC.

A devastating loss for Glasgow who had come so close to victory, and their disheartened spirits did little to help in their final match against Reading which they lost to finish in 4th place overall. Scottish competitors Black Eagles went on to win the tournament and finish up 6th at Euros, their attentions now turning to preparing to compete at WUCC in July 2018.

GUX captains Axel Ahmala and Katie Flight had never managed to pluck up the courage to watch back their semi-final – until now. In a video based on one of the nations favourite TV shows, they decided to film their reactions to the game as they watch it back for the first time. The Release Point presents, for your entertainment: Smogglebox!

In a surprise twist, GUX players woke up last week to find an invitation to WUCC in their inbox! A fantastic early Christmas present, and Glasgow Ultimate are happy to announce that they will be joining their Scottish counterparts at the biggest event of the club ultimate calendar.  Can they prove they deserved the spot they so narrowly missed out on at Nationals? Watch this space to follow their journey, as well as Black Eagles’, as they prepare themselves to travel to Ohio next summer.