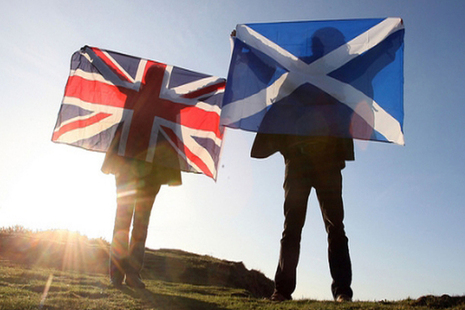 The Scots ride south once again to take what is rightfully theirs, indoor National’s glory. Year on year England slates the number of bids we receive as a region and year on year we hand their opinions right back to them.

UMWIN is happening this weekend and we are going to take a stab at guessing how the Div 1 Scottish teams are going to do. The men and women are all travelling to Nottingham, but to two separate venues. It’s probably UKU’s idea of making travelling easier and cheaper while still having enough hall space – but maybe they could just run it at Ravenscraig or the Oriam and have a nicer venue?

Disclaimer – There is no Div 2 preview at the moment as we don’t know enough about most teams going. There will be a review next week.

Glasgow [seed – 1]: They won regionals and they go in seeded first – a promising start. Glasgow are the team to beat going into the tournament and their top end is hard to match. They should realistically mount a strong bid to retain their national crown, but their depth could show them up in the latter stages of this tournament. Their pool looks to be the weakest of the lot, with Sheffield looking weak at UXIN and St Andrew’s coming 5th at SCUMIR. Glasgow should sail through the pool stage and earn a bye on Sunday morning. That could set them up with a quarter against Aberdeen and that would see them into the semis. Anything could happen from there on, but I do expect to see them there at least.

Strathclyde [seed – 2]: They may have lost to Glasgow at regionals, but they have just taken the club indoor regional title. Strathclyde looked strong and survived a few tough tests but kept coming through them. This team looks well prepared to go deep at Nationals and I expect to see them in the semis at the very least. Their pool has a decent Durham team as well as a tricky 5th seed in Loughborough, who performed well at UXIN. They should cruise through and retain the top spot in their pool to earn a bye to the quarter finals. That would set up a potential quarter against the second seed from pool D, probably the toughest pool, but Strath should beat any challenger from there and see themselves in the semis. Again, anything can happen at that stage.

Edinburgh [seed – 4]: A decent club regionals should see this group feeling confident ahead of the weekend. They will struggle to challenge the Glasgow outfits, however there is a determination about this side and despite having a tough pool, they should find themselves in the quarter finals at least. Their pool involves Bath, who have historically been strong and went far at UXIN. Manchester will have a few very strong players as well as having a lot of height. UCL ended up in the final of UXIN and Warwick is a bit of an unknown. This pool could easily hold two semi-finalists in it and likely three quarter-finalists. If Edinburgh stay on top they will have done well. If they finish second, they may have to face Strathclyde. If they finish third and win their crossover, it may be Glasgow. It’s a tough route to navigate.

Aberdeen [seed – 8]: Aberdeen have had a decent break since UMIR and if they have developed well in the north-east, they can take advantage of having a weak-ish pool. Birmingham will provide a good litmus test on how they will perform against top 8 opposition, but the other three teams are all very beatable and should see Aberdeen finish in the top 2 of their pool. At this point they will have to crossover with Edinburgh’s pool and that could be the end of the tournament for them. Aberdeen will find themselves fighting for a spot in the top 8, a successful run sees them in the quarters but going no further. A loss at the crossover stage sees them in the bottom 8 fighting to get as high as possible. Best of luck to the boys in blue, but I see them finishing mid table here.

St Andrews [seed – 12]: A disappointing UMIR may work in their favour, drawing them in a pool with Glasgow and chumps. If they make the best of their situation, they could end up in the quarter finals, after winning a crossover against Durham or Loughborough. The likely scenario is they will do decently in the pool stage and then lose the crossover and fight to finish the weekend well. They will need to deal with the danger of two teams that rely on fast disc movement in Surrey and Cambridge, as well as Sheffield who topped their region. I, however, back Saints to finish in the top 3 and earn a crossover spot. From there it is on them to prove themselves on the Div 1 stage.

Strathclyde [seed – 1]: A strong regionals, a decent club regional tournament, probably a Nationals title. The only thing that stands in their way is themselves. Seeing their final at CWIR shows that this team have it in them to choke, but it also showed that they can win when they don’t play their best. If a team can take advantage of their mistakes they could be punished, but I think that this team’s defence will be too much for the rest of the division. I would be surprised if Strathclyde does not end this weekend with a gold medal to match their ones from mixed Nationals.

Aberdeen [seed – 2]: They have had a bit of a break since they last played together at UWIR, however with the players on this team, they should find themselves in the semis. Their pool is not the strongest and their closest challenger is supposed to be Edinburgh who they beat out at regionals. After pools they face a dangerous team from pool D, either Imperial or Huddersfield, whose women’s teams have been strong this year. They could then meet a good Birmingham team in the semis to face off for a finals spot. I expect this team to be able to get to the final, but they could also fall at the semis or quarters against strong opposition.

Edinburgh [seed – 5]: Ro Sham’s ladies how flown under the radar this year. Everyone has talked about their losses in personnel, but they flew through regionals with two tough results. They lost to a highly acclaimed Aberdeen team on universe before losing by the same margin as Aberdeen to Strathclyde. Yet everyone talks about how strong Aberdeen are and how much weaker Edinburgh are. Ok, they are unlikely to repeat their Nationals feats from last year, but they should still finish strongly. They will get a chance to avenge their loss to Aberdeen in the pool stage and that could set them up for a great tournament. I see them finishing in the top 6.

St Andrews [seed – 9]: They have looked a way off the top teams this season, not quite getting within touching distance of the three who finished above them at regionals, and I don’t see Nationals giving them an immediate upside here. Their pool features two strong teams above them – Huddersfield and Imperial – who both won their regions convincingly. Saints will have to fend for third place to secure a crossover spot and that would be to play UCL or Birmingham who have a good recent past at Nationals events. Flatball will be hard pressed to find a way into the quarter finals, and I think that they will end up a bracket below. In the 9-16 bracket anything can happen. I see them finishing 11th

Dundee [seed – 17]: At regionals they fell out of contention to the underrated Edinburgh side I mentioned earlier. They then won the rest of their games to finish 5th. Dundee will be playing to improve the seeding for next year. Their pool contains Strathclyde and Leeds who will both be strong, but after that it is a free for all. If Dundee can play their way to the third-place spot in their pool, they will take on the hardest crossover, the 5v12. That would see them play Aberdeen or Edinburgh and confine them to the lower brackets. For Dundee they will want to improve their seed and develop at this tournament for outdoors. Let’s put them in 15th.

Glasgow [seed – 19]: Rounding out the Scottish entrants to Div 1, Glasgow have been placed in a tough pool for their inexperienced team. Birmingham and UCL will be two teams finishing in the top 8 and Newcastle, despite having a poor regionals, have a few strong players who will carry the team to a decent finish. Glasgow should be looking at the pool as an opportunity to challenge themselves and grow as a team before getting some games at the end of Sunday where they can look to take a few dubs. This team is young and if they take these tournaments seriously, they can become a team to be reckoned with in a year or so. 18th.

Hopefully all these teams can push on and keep the Scottish flag flying high, far above their English counterparts. The region is still exceptionally strong, but it will be a big ask to improve on the last few years of results. Best of luck to the teams and bring home some medals!